This just in – GMOs are Safe

The National Academies Press issued a 400+ page report this week on GMOs, with a generally favorable finding, and confirming what those of us in the Production Ag industry have known:  GMOs are not harmful to humans.

If you don’t want to read the entire study, check out the terrific summary provided by Willie Vogt at the Farm Industry News Blog: 5 Things I’ve Learned from that New GMO Report.

US approval agencies for different types of genetic modification

One observation:  The study reports that the introduction of GMOs did not cause a noticeable jump in reported yield.  While I don’t think the causation is quite that direct (or lack of direct), my prediction is that yield would dramatically drop if GMO seeds were suddenly not available.

This image was pulled from the Farm Industry News blog post, but it seems to be UK in origin (note references to “maize” instead of “corn.”)

A longer musing – GMO seeds were gradually adopted; meaning farmers who now use GMO seed did not immediately start using GMO seeds when they first became available.  That more gradual adoption might have some affect on the “lack of jump” in reported yield over the past 20 years.  Additionally, farming technology has changed dramatically in the past 20 years, compared with the previous 20 (or 100) years, so the impact of GMO seeds on crop yield might be diluted by the impact of farming technology, in general. 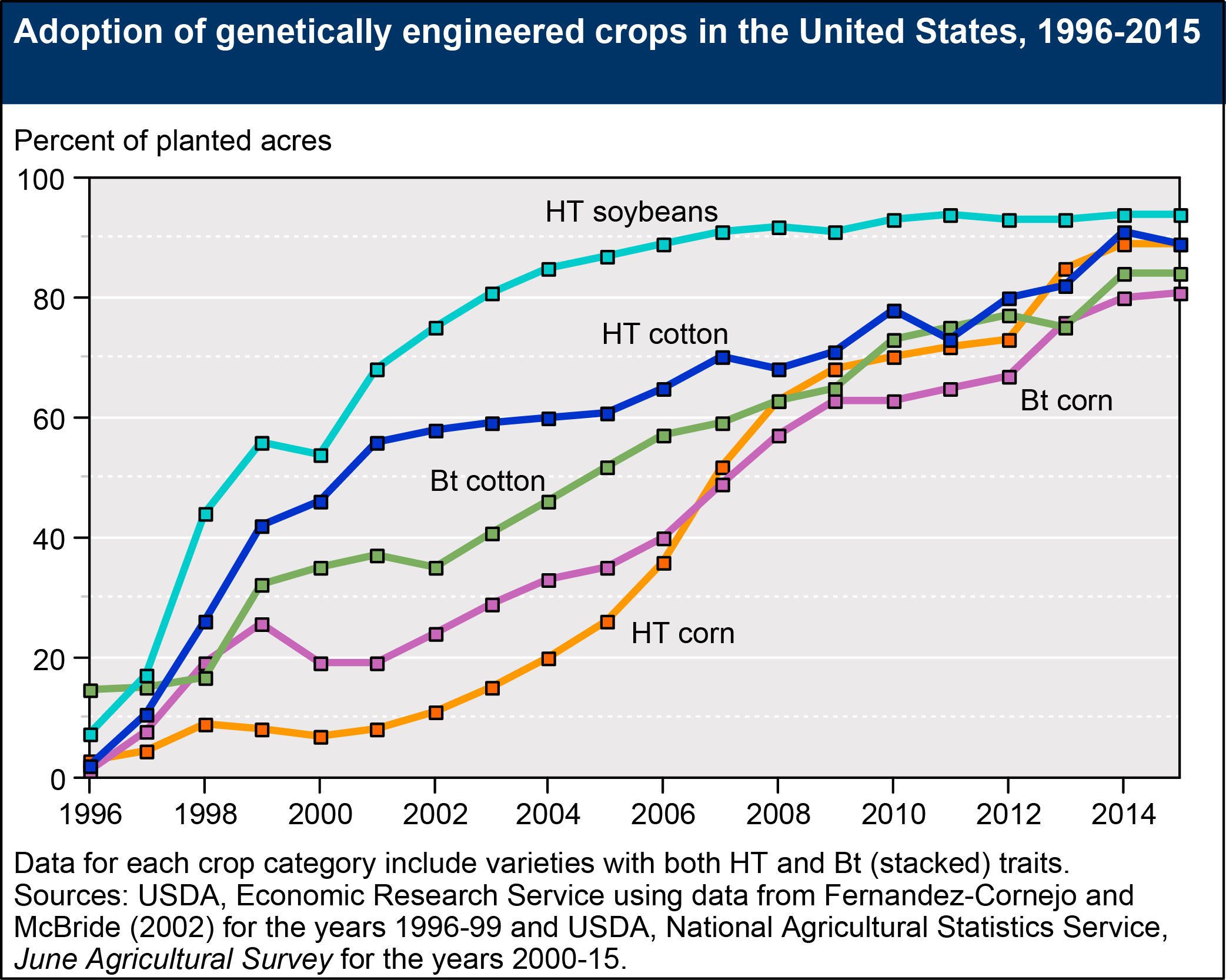