The Future of Farming is Now

The title of this 7-minute TEDEd video is “Can We Create the Perfect Farm?”  As with a lot of future predictions, the techniques being proposed are already in production around the globe.

The video is correct – it will take global cooperative effort to succeed in adopting these practices as the norm, and it will also take consumer understanding and support of the agriculture industry’s efforts to be more sustainable and environmentally friendly while maintaining the production levels necessary to feed the world. 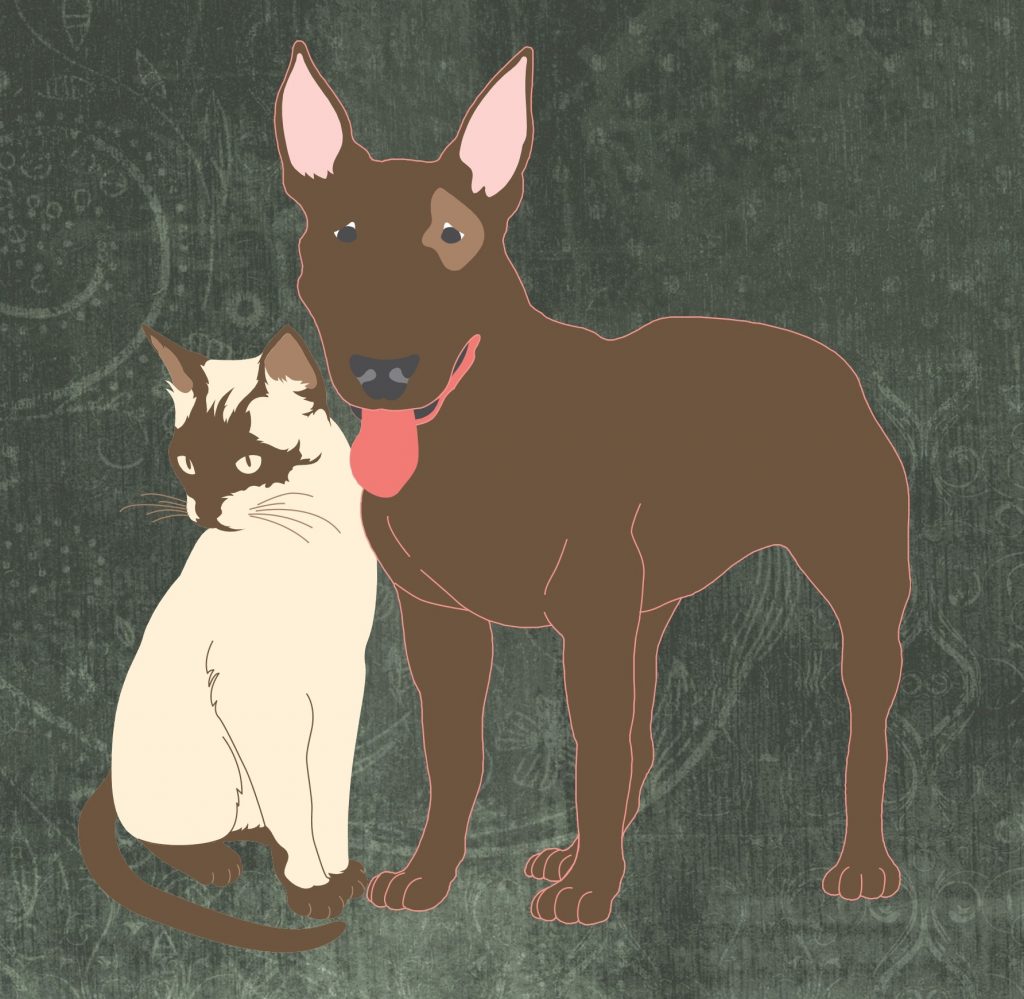 19th Amendment and the Iconic Sash

Yes, I’m a month late to the 19th Amendment Century Celebration.  Sometimes we who are empowered, emboldened, and emancipated women are also busy women.   Meanwhile, I consumed content regarding the 100th Anniversary of the ratification of Women’s Right to Vote, including print articles and podcasts, and I learned a few things.

For a good overview of the Women’s Suffrage movement, check out “The Surprising Path to  Women’s Suffrage with Ellen Carol DuBois” one of the “Factually” podcasts published by Adam Conover.  Be patient with the content – Adam tends to dominate the conversation, and Ellen Carol DuBois is a little hesitant as a speaker, but the content is solid and very informative.  An important thing I learned:  The proper term is “Suffragists,” not “suffragettes,” which was a term used to belittle and demean the suffragist movement. 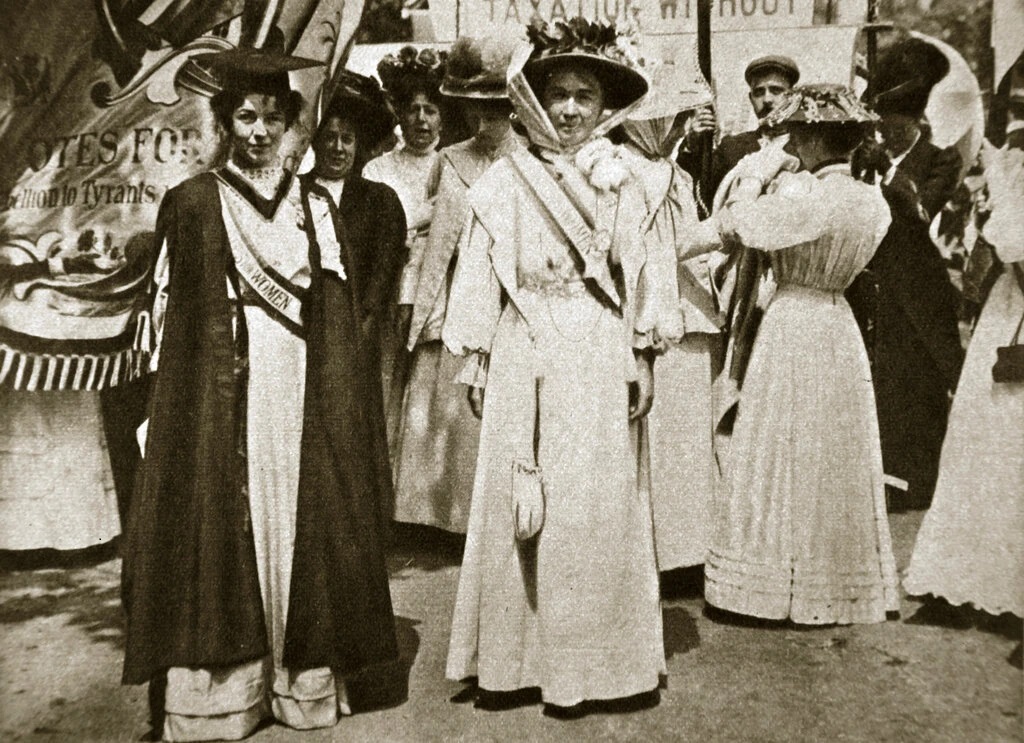 Also, check out the New York Time’s Opinion piece by Dr. Hilary Levey Friedman, “The Single Strip of Fabric That Went From ‘Votes for Women’ to ‘Miss America’.”  This is an interesting example about how everything involving women eventually turns on a sexuality dime.  In this case, it took less than a year for the sash to go from a symbol of the suffragists to a symbol for a titillating show to keep people on vacation at a beach resort for an extra week. 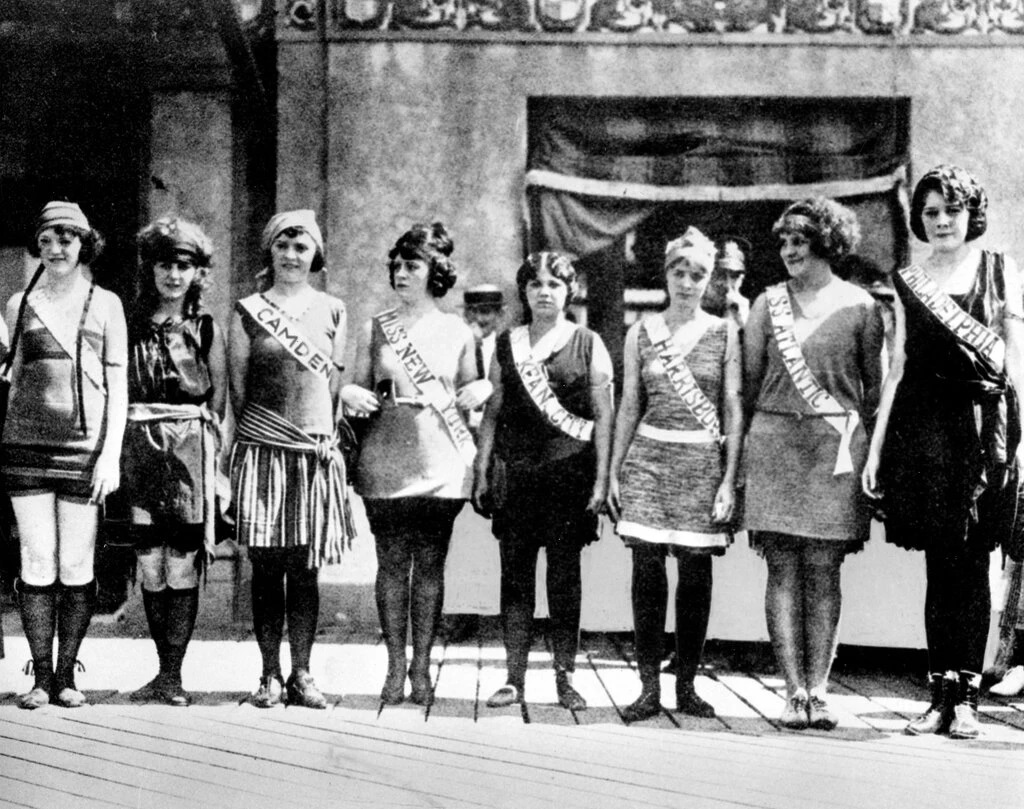 Atlantic City 1921 – one year after the ratification of the 19th Amendment. Those are bathing suits, in case you were wondering where the “tittilating” part comes in.

A terrific article about the reintroduction of wolves into Yellowstone and the 25-year study which documents the environmental benefit of the wolves.

25 Years After Returning, Yellowstone’s Wolves Are the Most Studied but Misunderstood Good Boys 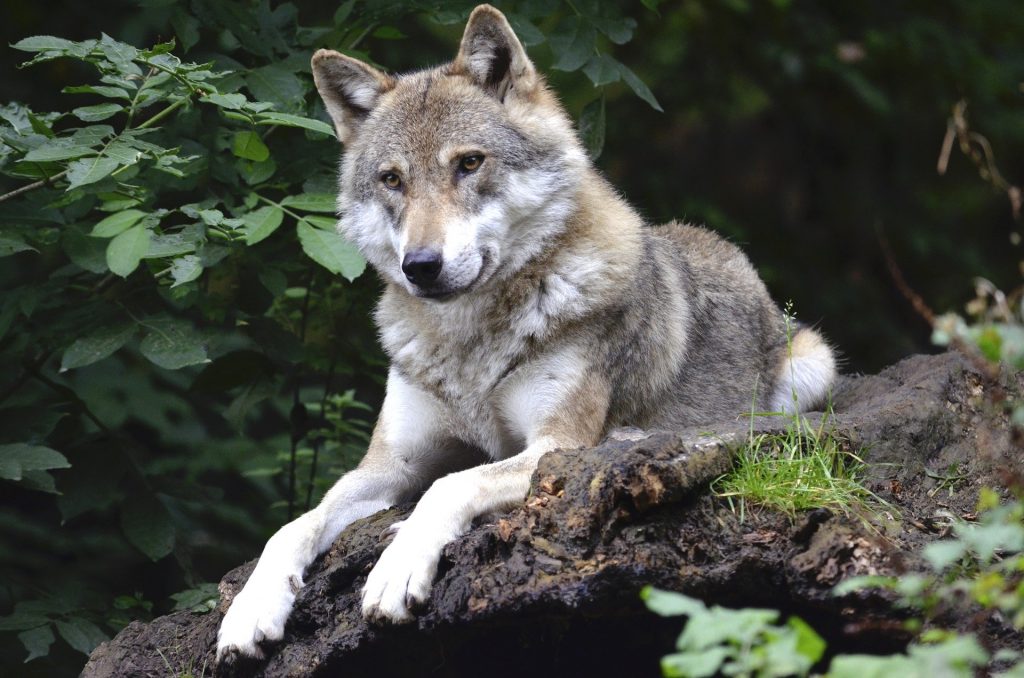 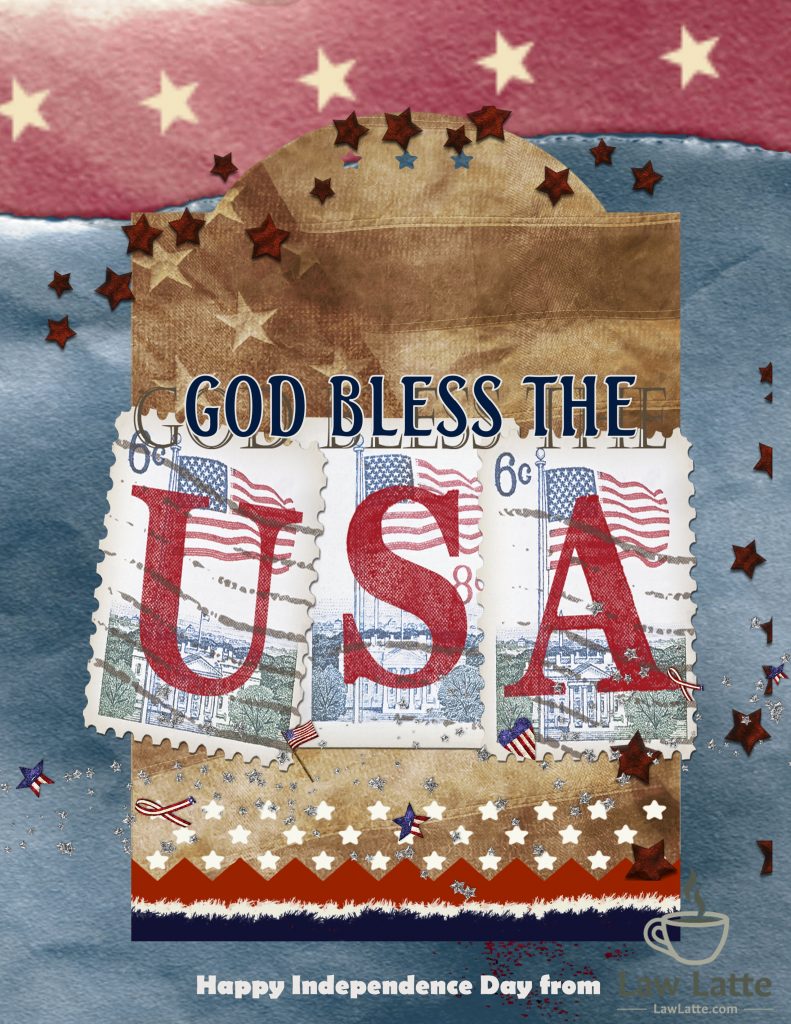 Fascinating series of images – slide your cursor from side to side to morph between photos taking during WWII and today’s view of the same location.  Never forget. 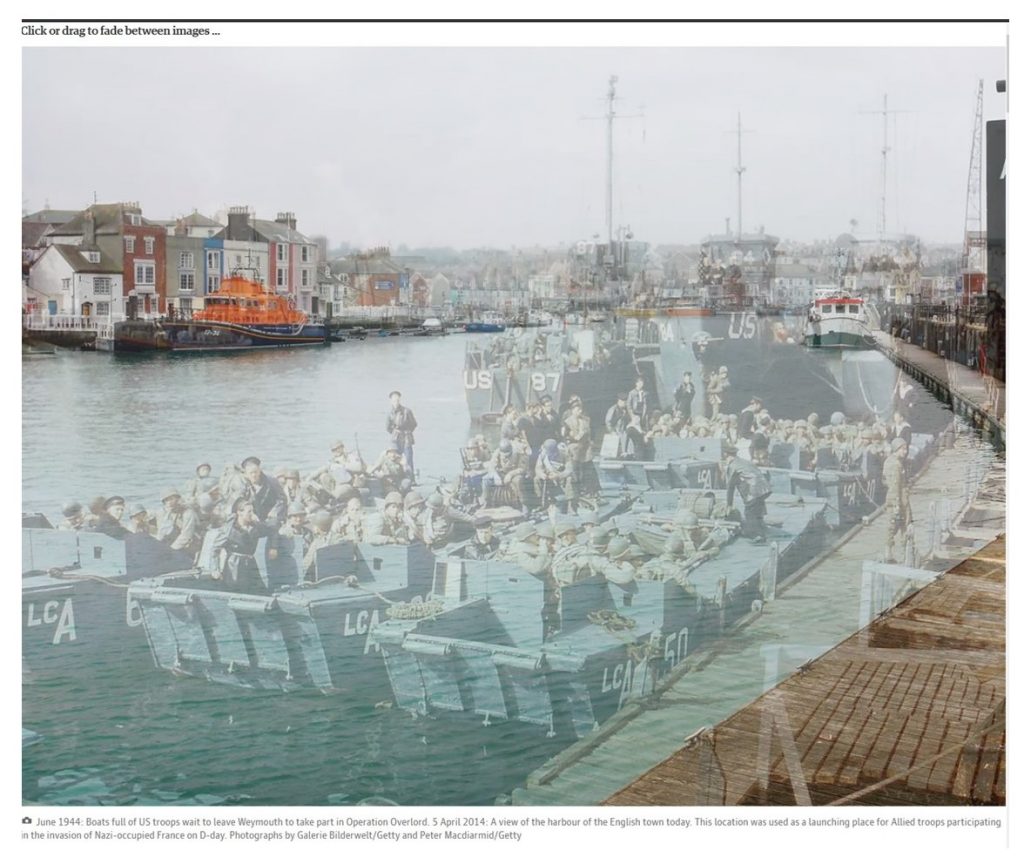